বায়োগ্রাফি : Bibha Habiba Haque and Faiza Shabnam are cousins. They are about the same age. They read in the same school (Scholastica)-same class (standard 4)-same section even. Their houses are also across the street, at a stone’s throw from each other, which allows them to grow up together- playing, exploring their little world, and learning about the infinite universe. Faiza and Bibha have also seen several countries in the continents of Asia, Europe and North America in their joint family trips. Spending so much time together helped them develop such a unique bond that in their common, vivid imagination they have traversed space into such areas of the galaxy “where no man (or woman) has gone before”. That is how (and why) they started writing their first book, a sci-fi novella – “Proxima- And The Fourth Star”: a story set far into the future, in the third millennium, where three teenage girls travel through space in a smart spaceship but they can carry stars in their backpacks and do the impossible on a regular basis. The journey of these young authors have just begun, stories have started unraveling from the complex web of their imagination. As the readers join them in their first adventure, they will surely be thirsty for more. And, “Proxima- And The Fourth Star” does actually assure us that this is not the end of the adventure, rather the first of many. 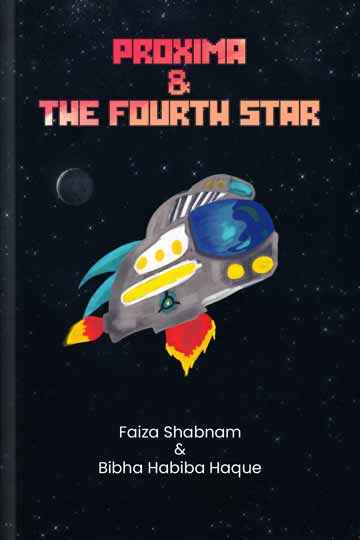